Why should we aim for zero waste? 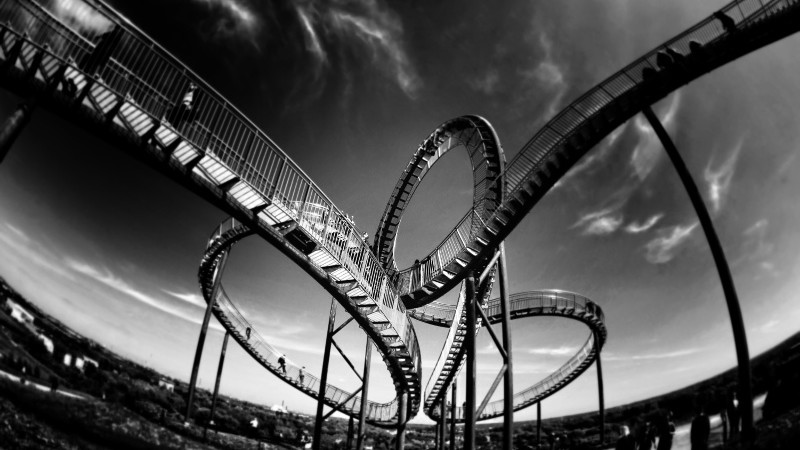 The problem with waste

Screeching gulls circling spike wheeled tractors rolling across piles of huge piles of burning rubbish… Groundwater polluted by toxic waste… Toxic chemicals pouring out of the stacks of incinerators… This is the problem with waste, right?

In the past, maybe, but take even a cursory look at modern waste management practices and you’ll see a very different story.

Modern landfills are highly engineered, rigorously managed operations. Before any waste goes in, the landfills are lined with impermeable clay and geotextile layers, complete with pumping and circulation systems to prevent contaminated water escaping. Landfills are covered with a layer of soil (or similar material) every day. The ‘working face’, the active part of the landfill exposed to the air, is kept as small as possible to reduce the impacts of odours and animals, where it is compacted to reduce waste volume. Some landfills even employ trained falconers to discourage airborne vermin [1]! Gas collection systems safely draw off as much of the methane produced from the degradation of biodegradable waste as practical so it can either be used in energy generation or safely flared. And it works. Modern landfill liners prevent the release of 99-100% of leachate[2] and nearly 3 million tonnes of landfill methane was captured in the EU in 2012[3]

The misconceptions surrounding waste incineration are even more unfounded. Modern incinerators are highly sophisticated, and specifically designed to generate energy and keep toxic emissions to an absolute minimum. They are more correctly referred to as Energy from Waste (EfW) or Waste to Energy (W2E) plants,  and they generate a lot of it – over 500,000 terajoules in the EU in 2013. That’s enough for about 8.2 million homes (or a city about the size of London and Paris combined). Dioxins and furans, the harmful chemicals which anti-incineration groups jump on, are only released at spectacularly small levels. In fact, the 15 minute firework display held in London to celebrate the millennium released more dioxin to the environment than a modern EfW plant releases in 100 years[4]. Plus, with a bit of thought, EfW plants can even be beautiful – check out the super funky Spittelau plant in Vienna, or the glowing, angular constellation of lights that is the Roskilde plant in Denmark!

So if dealing with waste isn’t as big a problem as you might think, why are we so concerned with reducing it, ideally to zero? To find the answer we need to look at the problem from a life cycle perspective.

The problem with stuff

To broadly generalise, people need stuff. Food, clothing, shelter, smartphones, all the essentials of life.  All of this stuff doesn’t just magically appear though, it needs to be made. All of our stuff, again, generally speaking, starts its life either in the ground (as minerals and hydrocarbons) or in the air (as CO2 that gets incorporated into plant structures – yep, trees are made of air, not soil :)). These raw materials are extracted from nature, processed using energy (again, usually derived from fossil resources extracted from nature), transported around the world, used for their intended purpose and then, more often than not, discarded. All along this life cycle, emissions are occurring to the environment, and additional waste streams are being produced as the useful materials are extracted from their less useful precursors. To get 1g of gold, about as much as in 40 mobile phones (or a 10 karat gold wedding ring) requires 1 tonne of ore to be mined and processed. For aluminium, a far more commonly used material, about 4 or 5 tonnes of bauxite need to be mined and processed to produce 1 tonne.

It is the life cycle impact of all of the processes and materials required to make the stuff we need that has the real effect on the environment, not what happens to it once it’s thrown away. If we can somehow reuse it, rather than throwing it away we can get the benefit of our stuff without having to incur all of the environmental impacts associated with producing it.

Clearly, recycling has a huge role to play in reducing this impact (and it does – about 75% of all of the aluminium ever produced is still in use), but short of a major paradigm shift, it will only ever be part of the solution. Global population growth and increasing prosperity in the developing world means more people needing more stuff, and even if we recycled 100% of everything we’d still struggle to meet this increasing demand. Look at it this way: if everyone at the party has a glass everything’s fine. If some people leave and more arrive, we can wash up their glasses (recycle them) and everyone’s still fine. But when a load more people show up, someone’s got to go out and get more glasses. For the foreseeable future, primary production is still going to be required.

But primary production produces wastes, and the same principles can still apply, only rather than calling it recycling, we tend to call it ‘resource efficiency’. Here the idea is to make the most of the resources we’ve already extracted, so that we can avoid having to extract more.

Let’s take a closer look at that 5 tonnes of bauxite we’ve mined to produce our 1 tonne of aluminium. The 1 tonne of aluminium came from 2 tonnes of alumina (aluminium oxide – Al2O3), the rest of which, the oxygen, has been emitted to the atmosphere (in the form of CO2). There’s not a huge amount we can do about that. That 2 tonnes of alumina came from the bauxite itself, via a process called the Bayer process, leaving about 3 tonnes of waste, known as bauxite residue. We’ve already gone to the trouble of mining this stuff, is there anything else we can do with it?

Bauxite residue’s largest constituent is usually hematite (Fe2O3), at around 40%-70%. Hematite is more commonly known as iron ore. This gives the bauxite residue an iron content of around 30-47%, below the 55-60% currently required to be a commercially viable ore in standard iron production, but not bad. It also contains a decent amount of ‘left over’ aluminium, either in the form of alumina not extracted in the Bayer process (as much as 20%), or in more recalcitrant forms such as aluminosilicates.

That’s the abundant stuff, how about the valuable stuff? Bauxite contains trace amounts of scandium and rare earth elements, hugely valuable metals that are vital to modern electronics. Removing the alumina concentrates these metals in the bauxite residue, potentially turning it into a viable source for these elements.

But what about the residue on its own, can it be useful? Yes, as it turns out. It’s physical and chemical properties mean that it can be used to produce in iron rich cements and inorganic polymer binders, with potential applications as building material, paving or mineral wool. Even better, it can potentially still be used in these applications even after the iron, the aluminium and the valuable metals have been extracted.

When you look at it like this (and ignoring the barriers to actually achieving this for the time being), bauxite residue isn’t a waste; it’s a potentially valuable resource. From an environmental perspective, every kg of iron or aluminium, every gram of scandium and every paving slab produced from this material, which we’ve already extracted and would otherwise have to dispose of, means that we no longer need to undertake the extraction and production of these materials elsewhere. Just as with recycling, making the most of what we’ve already got means that we avoid the impact associated with producing more stuff. This is why zero waste processing of any material, but particularly bauxite, should be aimed for.

There is a catch though, and this is where my research comes in. In order to produce these materials from bauxite residue you need to do things to it (I’m assured by my colleagues that’s the technical term!). Heating, cooling, bombarding with microwaves, shaking with ultrasound, electroreduction, acid and ionic liquid leaching, all of it requires energy and materials to do. And there’s no guarantee that the ultimate impact of these processes will be less than that of the standard extraction and processing of the material you’re producing would have been anyway. But, forewarned is forearmed, and by working closely with the other members of the ETN-MSCA REDMUD team, who are developing these processes, we can monitor the potential impact of their processes, identify potential hot-spots of impact, and ensure that in addition to being technically and economically optimised, they are environmentally optimised as well.