There are many ways that we can use bauxite residue to make new products. In previous posts we have talked about the possibility to use it to improve cements [1]. Also, we can make novel low-carbon building materials:  inorganic polymers [2]. For today we are going to see a successful story that brought value to redmud: Jamaican bricks!

In 1986 the Building Research Institute of Jamaica designed a project in order to find a commercial use for red mud. Fundings were obtained from the International Development Research Council (Canada) to start a project that would transform red mud into valuable building components. 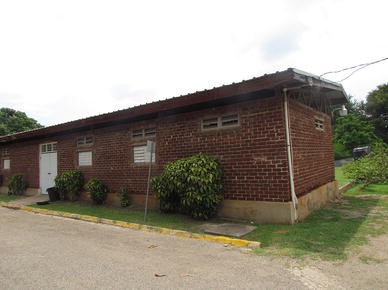 The building as it appears in “The History, Challenges, and New Developments in the Management and Use of Bauxite Residue”; Evans 2016

The research was done between 1987 and 1995 and it was separated in 2 major phases. The goal was to prepare bricks with 100% red mud. Once this goal was achieved, a demonstration building was built in 1998. This building is still being used as a sports pavilion.

Like other demonstration building that were constructed previously, this building has been kept under constant evaluation since the commencement of its construction in 1992 providing valuable data for future researchers.

WHAT IS LEFT TO BE DONE?

That is obvious: to flood the world with bauxite residue made bricks!

Since the Jamaican trials other studies have been done around the world such as Ghana [4] and the United States [5]. It is an ongoing work that will bring help to preserve the natural resources. 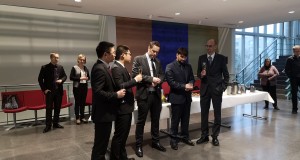