What is NORM and why is it important? 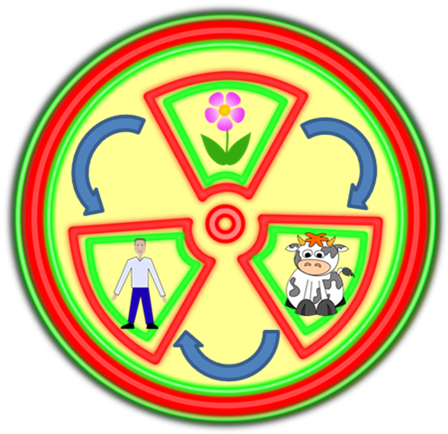 Nearly all of the ionizing radiation that exists in our environment is not connected to any human activity. Radioisotopes exist in nature everywhere:  in soil and rocks, air and water, in plants and even in ourselves. Some of the isotopes have been there since the creation of Earth (primordial or terrestrial), others are being constantly produced or brought in from outer space (cosmogenic radiation). Natural radioactivity accounts for 80 % of average annual exposure to general public, while more feared nuclear fuel cycle accounts only for 0.07% of annual exposure. However, the fact that radioisotopes come from the nature, does not make them any less dangerous in comparison to artificially produced ones. 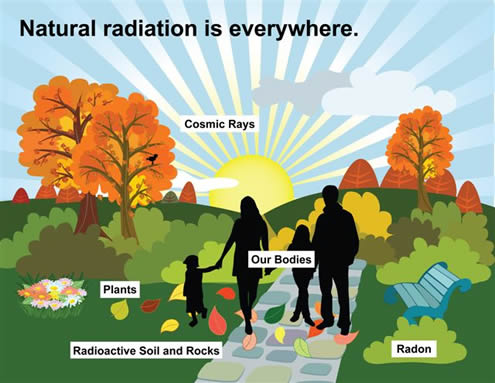 Radioisotope concentrations and doses to the public differ worldwide, mainly based on the soil geology. For instance, in Belgium annual dose from background radiation is around the worldwide average, while doses 2-3 times higher than that and are obtained by populations of Sweden and Finland[1], due to the composition of bedrock. Granite that makes the crust layer in this region has higher than the worldwide concentration of primordial radioisotopes. Yet, these two Nordic countries belong to the world’s top countries based on the average life expectancy based on the data provided by the WHO[2].

According to the above, we live in a world full of radiation sources which poses no great threat to us, while it is spread around and is in constant contact with us. However, human industrial activities might result in redistribution of radionuclide concentrations. Initial raw material is first brought to the earth surface, then valuable fractions are extracted (metals, minerals or energy in case of fossils). What is left is considered as a residue, or a tailing product presenting limited or no value. After extraction of valuable material fraction, the concentration of trace elements in the residues increases, including radionuclides. These residues are referred as Naturally Occurring Radioactive Materials (NORM) or Technologically Enhanced NORM (TENORM) and they are produced in the order of hundreds of megatons annually. Activity concentrations within these materials are not comparable with nuclear wastes and usually require no special treatment, so they are dumped or stockpiled as a landfill.

Recent tendencies to implement zero waste production methods have also affected raw material industries. At the end of the day, we do not want to end up surrounded by hills made of landfilled wastes. Utilization in the construction industry of TENORM residues is a viable option that is already used for several materials, such as coal ash or metal slags. The current ETN-MSCA REDMUD project focuses on bauxite residue, which due to high iron and calcium content is a good option either to produce cementous clinkers or to be added to concrete as a binder. Different options for red mud utilization have been considered already. An example of such red mud application is presented below- a house at Jamaica Bauxite Institute with bricks made from bauxite residue. 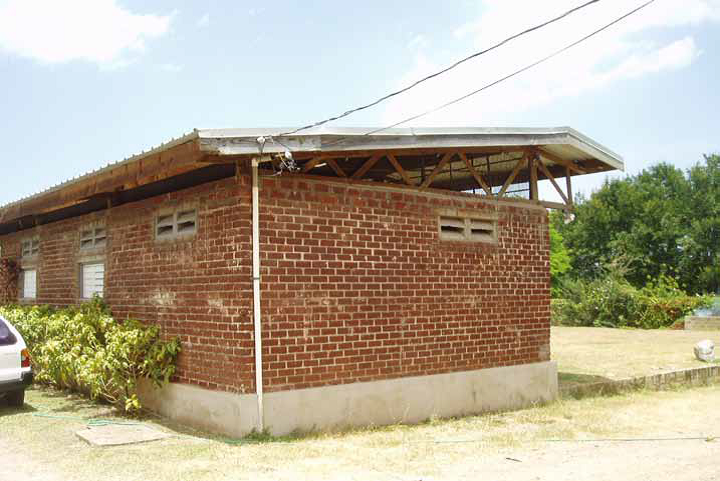 Construction material will effectively immobilize most of the radioisotopes during its lifetime. However, in case of gamma radiation, the resulting material will not serve as a perfect shielding for house occupants since gamma waves easily pass through the walls of the building. So what will be the possible risks and exposure to a tenant of such a house? In fact, the increase in radiological exposure according to a recent study[3] is reasonably low. Moving from Belgium to Scandinavia would have stronger effect on a person from the radiological point of view than moving to a house with walls including 50 % of red mud. Further reductions of red mud mass fraction to 10-20 % would result in exposure comparable with moving from one part of the country to another. Another viable option, is to utilize residue material in the production of concrete and bricks for infrastructure- roads, bridges or pavement tiles for instance. In this case impact on population would be reduced even further. In the end, this is our current task; to outline most economically viable and environmentally friendly way to utilize TENORM.