Besides yttrium and europium, lamp phosphor waste represents an interesting source of the valuable rare earth terbium, which is present in the green phosphors LaPO4:Ce3+,Tb3+ (LAP), CeMgAl11O19:Tb3+ (CAT) and (Ce,Gd)MgB5O10:Tb3+ (CBT). The current treatment technologies for terbium recovery from lamp phosphor waste involve long leaching times and harsh conditions, due to the difficulty of dissolving rare earth phosphates.

In this paper we present a milder approach for dissolving the LAP phosphor, by making use of concentrated methanesulphonic acid (MSA, CH3SO3H) as leaching agent. MSA is labelled as green solvent: it is biodegradable, it has a high boiling point and it is thermally stable so that it can be used at temperatures up to 200 °C. This first leaching step with concentrated MSA is an example of ‘solvometallurgical leaching’ or ‘solvent leaching’. Solvometallurgy is a new branch of metallurgy which is receiving increasing attention among the scientific community. Solvometallurgical processes are based on the use of solvents other than water and normally show some advantages compared to the classical hydrometallurgical process, such as higher selectivity and the reduction of the waste streams to be processed afterwards. In our process the valuable rare earth terbium was quantitatively leached from a synthetic LAP phosphor in only 1 h.

When the process was applied on a real lamp phosphor residue (obtained after leaching the lamp powder with H2SO4), about 74% terbium was dissolved. This is due to the fact that in the real waste not all the green phosphors is LAP, but some of the terbium is in the phosphors CAT and CBT, which cannot be dissolved by concentrated MSA. After leaching, rare earths are recovered though a separation step performed by solvent extraction with di-(2-ethylhexyl)phosphoric acid (D2EHPA). By contacting the diluted leachate with 70% D2EHPA in xylene, terbium was selectively extracted over lanthanum and cerium and afterwards stripped by an oxalic acid solution. The raffinate coming from this first solvent extraction step was subjected, after further dilution, to a second solvent extraction step aimed at extracting La and Ce, which were then stripped with oxalic acid, as in the case of terbium. The obtained rare earth oxalates were finally calcined in order to get the corresponding oxides (Tb4O7, CeO2, La2O3). These mixed REE oxides can be further purified by solvent extraction in order to remove the co-extracted yttrium, europium and gadolinium, which are inevitably dissolved in the selected leaching agent.

Lukas Gijsemans was born in 1993 in Belgium and graduated as a master in chemistry in 2016. He immediately started working with Prof. Koen Binnemans at the Lab for Inorganic Chemistry (LIC) at the KU Leuven as a research associate. The main focus of his research is solvometallurgical leaching and solvent extraction of industrial waste. 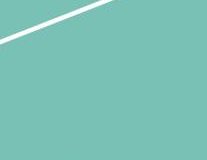 Is Enhanced Landfill Mining the missing link to a Circular Economy v2.0?

Public acceptance of mining and recycling in Europe: six recommendations