How much do you know about the magnet on your fridge?

The term magnet defines a material, which has the property to attract iron filings or other electromagnetic substances. The history of the magnet has deep roots; one of the first mentions about this material was in the Natural History book of Pliny the Elder (23-79 BC). He told the story of a Cretan shepherd called Magnes, who found attractive properties of some stones which contained magnetite, a natural magnet, using the iron tip of his stick.

The whole ancient history is full of “funny” events related to properties of magnets. Archimedes, for example, tried to use the characteristic of magnets to attract iron items and magnetise soldiers’ swords of his city (Syracuse) to easily disarm their enemies.

Over time superstition and magic related to magnetic properties were replaced with studies to fully understand reasons and effects of these “special” materials. In the 1600s, an English doctor, William Gilbert (1544-1603) wrote the book “De Magnete” which explained the correlation between electric and magnetic forces, defining for the first time the concept of electromagnetism. Furthermore, he outlined the Earth's magnetic field line, giving a scientific explanation to a compass’s behaviour, introduced in 1036 AC by Arabs in Europe. [1] 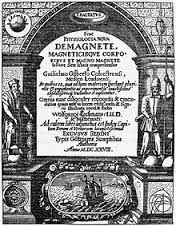 The first definition of magnets that I will give you could be compared with what Archimedes had thought. With the notions discovered by William Gilbert, we can define a magnet as a particular class of material, which can produce its own magnetic field even in absence of an applied magnetic field. Due to this peculiarity, the magnet can pull towards certain materials, such as iron, and attract or repel different magnets.

Although we are not able to recognise them, magnets are present in many aspects of our lives. Credit cards have magnetic strips that contain information about our bank account. In chemistry, a NMR technique (short for Nuclear magnetic resonance spectroscopy) is based on a nuclear magnetic resonance to characterise the compound. Additionally, the magnetic property of hydrogen and fat is also built within magnetic resonance imaging (MRI) which can be used in the field of medicine to generate internal organ images[3]. Another application of magnets is the magnetic levitation well known as Maglev. This is a transport method where vehicles move without making contact with the ground and travel along a guideway using magnets allowing very high speed. The highest recorded maglev speed is 603 km/h (375 mph), which was achieved in Japan by JR Central's L0 superconducting Maglev on 21 April 2015[4].

The future of magnets should continue with rare earth elements (REEs) magnets, although these elements are considered critical materials (if you would like to find out more, click here to another of our sister project: http://etn-demeter.eu). Due to the powerful magnetic properties of REE magnets and because of the fact that they produce a strong magnetic field in small portions, they can be employed in even more in-depth and applied areas. For example, in the electric motors, small pieces of magnets containing REEs can convert electrical energy into mechanical ones, allowing the company to build light motors to use [5].

Definitely magnets are a part of our lives from the beginning of our times, and I think they will allow us to convert our science in a green one; and maybe in future we will fly around with our magnetic cars.