In one of the previous blog posts, we have discussed that radiation is present in the environment all around us and even in our bodies [1]. Today let us try to figure it out how significant it is and how we can quantify it. 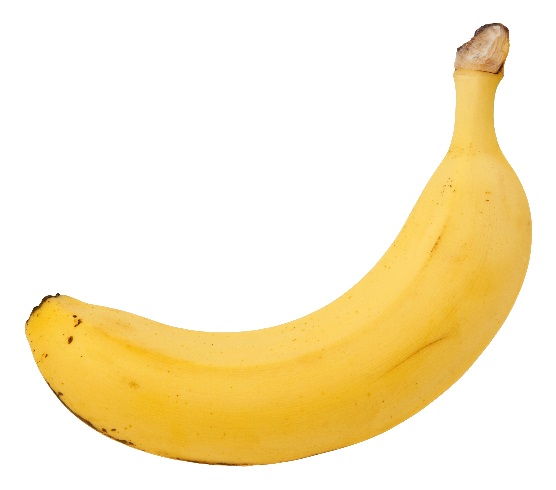 In order to do it, let us use a dose equivalent that would be common for everyone. For instance, bananas are rich in potassium, which includes radioactive isotope of potassium-40. This isotope comprises 0.012 % of potassium quantity and is one of the primordial isotopes- radionuclides that have the lifetime comparable to the age of Earth. Potassium is essential to organisms, thus eating a banana would result in some deposition of this element in the organism, including the radioactive potassium-40. It was assessed, that the dose from an average 150 g banana would equal to around 0.1 µSv. The value of Sieverts does not tell much to a regular person- is this is a lot or not? So let us take Banana Equivalent Dose (BED) equal to one regular banana eaten by one regular person and compare it to other common sources of radiation exposure.

The comparison of common exposure ways is summarized in the chart below. The usual airport security scan would result in the same dose as from one eaten banana, while a medium length flight (for instance between New York and Los Angeles) would equal to 400 bananas eaten in terms of radiation dose. The medical exposure to radiation can also be expressed in the units of BED; one X-ray at your dentist would correspond to 50 BED, an X-ray scan of the chest would equal to 1,000 BED while average Computer Tomography (CT) scan would equal to 105 BED or one hundred thousand eaten bananas. 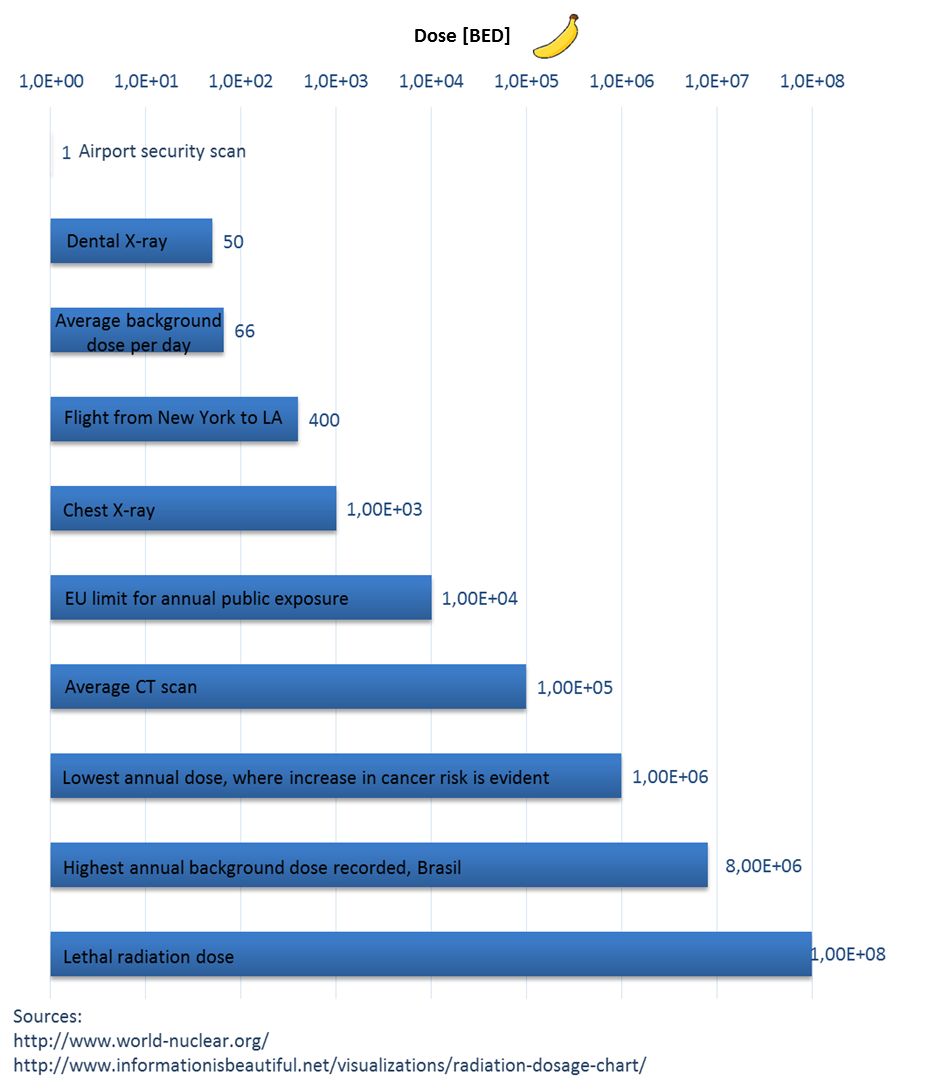 It is interesting to mention, that the lowest annual dose, where an increased risk of cancer becomes evident starts from one million BED. All the dose-disease relations for doses below that value are built upon the assumption that the effect for low doses is similar to that from higher doses, while our real knowledge is missing. Another interesting point is that worldwide, the average person gets a dose equal to eating 66  bananas a day or twenty-four thousand bananas per year from background radiation, coming from natural sources. However, in some regions of the world, this might be significantly exceeded. For instance, the place with the highest background radiation levels is located in Brazil near Guarapari and is called 'black beach'. The annual dose for a person living in this place would equal to eight million BED, more than 300 times higher than for worldwide average! In order to get a lethal dose, one would need to eat around one hundred million bananas within a year, or around 0.7 million tons of bananas (taking the mass of a mean banana as 150 grams), which would exceed 4% of worldwide banana production in 2012 [2].

Finally, it should be mentioned, that bananas are not the only food source with elevated radionuclide concentrations. All potassium rich foods (beans, potatoes, avocado, etc.) would also contain higher than average amounts of radioactive potassium-40, while Brazil nuts are kings among radioactive rich foods and 100 grams of these would correspond to 100 BED! [3], nevertheless, brazil nuts are known to have lots of beneficial effects on our health. So to summarize, keep calm and eat bananas 🙂